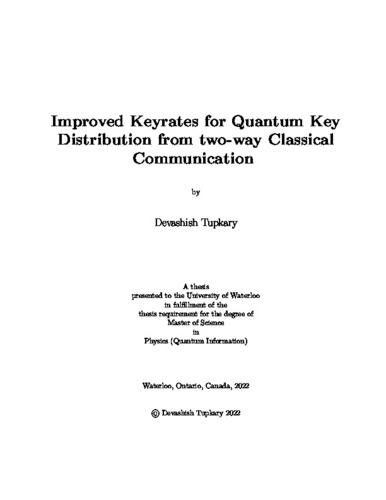 Quantum Key Distribution (QKD) promises information-theoretic security of secret keys. An important metric for QKD protocols is the asymptotic keyrate. We propose and analyze several new classical processing protocols for QKD, that improve the asymptotic keyrate for qubit-based BB84 and six-state protocols. These protocols only modify the classical stage of Quantum Key Distribution protocols, and hence can be implemented with relative ease. We also compute keyrates for a recently proposed protocol which until now had only been analyzed for individual attacks, and which does not implement IID blockwise processing. We provide a rigorous analysis of its keyrate which is novel and interesting.